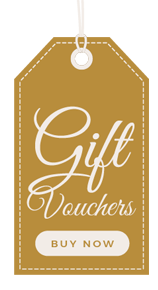 The gardens at Bunratty Folk Park have been restored to their former glory. The gardens are modeled on the original Regency period garden which supplied fruit, vegetables, and flowers to Bunratty House (built in 1804) and are refurbished in typical Victorian style. This is your opportunity to experience one of the great gardens of Ireland.
Browse the castle and marvel at the finest collection of medieval furniture in the country which brings to life a vital part of our Medieval past. You can explore at your own leisure or join in a guided tour with our experienced guides. At night time the castle is the impressive setting for the medieval castle banquets which are held year round.

The site on which Bunratty Castle stands was in origin a Viking trading camp in 970. The present structure is the last of four castles to be built on the site.

Robert De Muscegros, a Norman, built the first defensive fortress (an earthen mound with a strong wooden tower on top) in 1250. His lands were later granted to Thomas De Clare who built the first stone castle on the site. About this time Bunratty became a large town of 1,000 inhabitants.

In 1318 Richard De Clare, son of Thomas was killed in a battle between the Irish and the Normans. His followers were routed and the castle and town were completely destroyed. The castle was restored for the King of England but was laid waste in 1332 by the Irish Chieftains of Thomond under the O’Briens and MacNamaras. It lay in ruins for 21 years until it was rebuilt by Sir Thomas Rokeby but was once again attacked by the Irish and the castle remained in Irish hands thereafter.

The powerful MacNamara family built the present structure around 1425 but by 1475 it had became the stronghold of the O’Briens, the largest clan in North Munster. They ruled the territory of North Munster and lived in great splendor. The castle was surrounded by beautiful gardens and it was reputed to have a herd of 3,000 deer.

Under Henry VIII’s ‘surrender and re-grant’ scheme, the O’Brien’s were granted the title ‘Earls of Thomond’ and they agreed to profess loyalty to the King of England. The reign of the O’Briens came to an end with the arrival of the Cromwellian troops and the castle and its grounds were surrendered. The O’Briens never returned to Bunratty but later they built a beautiful residence at Dromoland Castle, now a luxury 5 star hotel.

BunrattyCastle and its lands were granted to various Plantation families, the last of whom was the Studdart family. They left the castle in 1804 (allowing it to fall into disrepair), to reside in the more comfortable and modern Bunratty House, which is open to the public in the grounds of the Folk Park.

Bunratty returned to its former splendor when Viscount Lord Gort purchased it in 1954. The extensive restoration work began in 1945 with the help of the Office of Public Works, the Irish Tourist Board and Shannon Development. It was then opened to the public in 1962 as a National Monument and is open to visitors year round. It is the most complete and authentically restored and furnished castle in Ireland.

We use cookies to ensure that we give you the best experience on our website. If you continue to use this site we will assume that you are happy with it.Ok